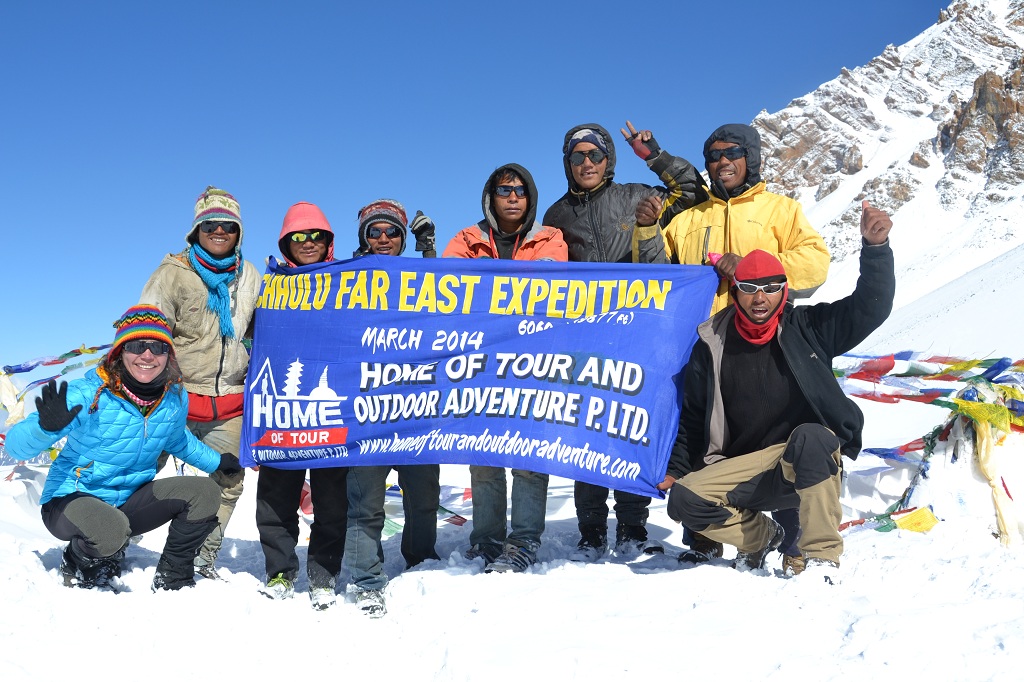 Chulu Massif rises north of the Marshyangdi Khola in the Manang region and form part of the Manang Himal, which is quite rightly included in the larger Damodar Himal. This remote upland area lies to the north of and in a rain shadow formed by the main Annapurna Himal. Huge glacial moraines abound etched deeply by wind erosion into fantastic pillars.

Chulu Far East ascent is not difficult and we will settle a high camp near the col. From that col we follow the long South-West ridge of snow and ice.

Although the approach up the Marshyangdi is relatively quick and involves no great altitude gain, the trek takes you through a wonderful variety of landscape and culture ; from the subtropical lower reaches of the valley with its terraced fields where Gurung people dominate, to the ethnically as well as socially interesting Managba people of the upper valley, crossing rhododendron and pine forests. After the ascent our route crosses the Thorung La, a 5350m high pass before dropping to Jomsom downstream the Kali Gandaki river. We fly back to Kathmandu via Pokhara.