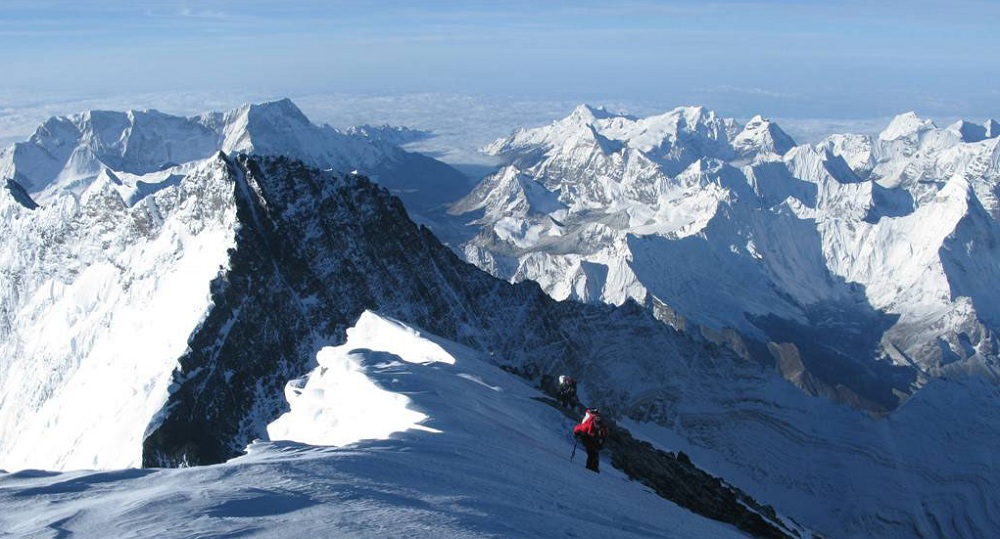 Mt. Everest is the highest peak in the world. It has attracted many climbers resulting in various successful climbing attempts. A set of climbing routes has been established over several decades of climbing expeditions to the mountain.

A short ascend next to the moraine will actually take you to reach at the icefall with vast crevasses which are one of the obstruction for Mt. Everest expedition. Also, our veteran Sherpa guides will assist you in fixing ropes plus ladders to traverse and then reach Camp I. And after that we will go on with our mount to arrive at the Camp II. Now we will climb on mixed snow-white as well as rocky trail up that will help us to get to Lhotse Face followed by to Camp III. Departing from the camp III our climb becomes tougher which will indeed takes us to the South Col, the Camp IV. The trail then steepens as soon as we make way up to snowy slopes to turn up at the ridge of the South East region and we have a trouble-free ascend after that vertical climb once more to get to the southern high point. After a minute traverse, we will go up on a vertical rock and flurry channel taking us to the final end to the summit.

Home Of Treks & Extreme Expeditions is self-assured to put forward Mount Everest Expedition along with the matchless service. Without doubt, Mt Everest climb is intended to everyone from proficient climber to an inexpert but adventure enthusiast as anyone will be guided by an expert mountain guide.