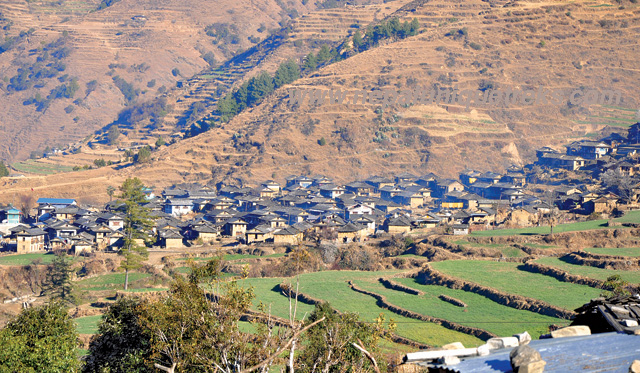 Home of trek has design trekking route about the Gorilla trekking provides an opportunity to see the effect of Maoist civil wars and its effect in Rukum and Rolpa district of Nepal. The route has covered the major war effected area of western region of Nepal where they established headquarter and declared that as it is a main base area. But now war is over and we are promoting this area as a newly opened trekking trail. Gorilla trek introduce the visitors the real image of Maoist civil war that how the gorillas operated and fought during the conflict. In spite of what the name might suggest, the area is very peaceful nowadays. And not only it is focused for war factor but also it is a very rich area for both traditionally and culturally.