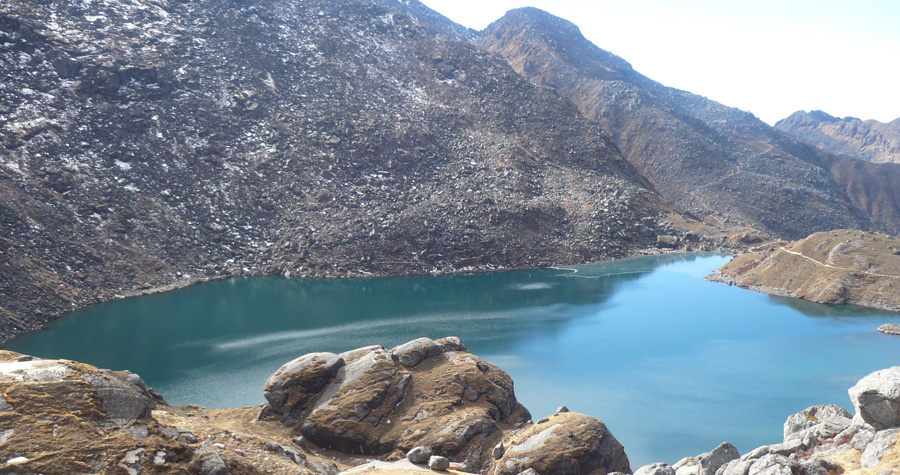 You can vary the trek to Langtang by returning to Kathmandu via the holy lakes of GosainKund, which also makes a worthwhile seven-or eight- day trek in its own right. You could even make a short return trek from Dhunche direct to GosainKunda, although the trail is quite steep. From Tharepati you can continue through Helambu to Kathmandu along one of three routes.

The best way to trek to GosainKund is to visit Langtang first, swing south to ThuloSyabru and begin the hike to GosainKund. This has the adventure of allowing you to acclimatize before you reach the higher elevation of GosainKund.

Up to 20,000 Hindu pilgrims come to bath in the GosainKund Lakes during the August full-moon festival of janai Purnima. The lakes is also sacred to Buddhists, who have lined the shore with hundreds of cairns.