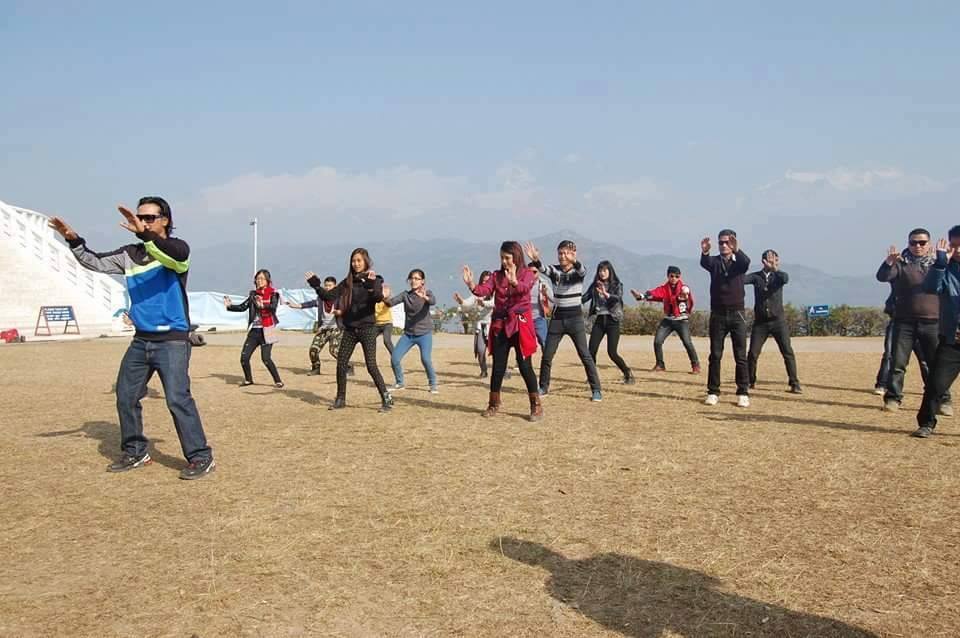 This is the unique One day program which is conducted only by Home Of Treks & Extreme Expedition Pvt Ltd.

It is also named as Standing Meditation.In this low-impact, slow-motion exercise, you go without pausing through a series of motions named for animal actions — for example, "white crane spreads its wings" — or martial arts moves, such as "box both ears." As you move, you breathe deeply and naturally, focusing your attention — as in some kinds of meditation — on your bodily sensations. Tai chi differs from other types of exercise in several respects. The movements are usually circular and never forced, the muscles are relaxed rather than tensed, the joints are not fully extended or bent, and connective tissues are not stretched. Tai chi can be easily adapted for anyone, from the fit to people confined to wheelchairs or recovering from surgery.

While Qi-Xong is an art of breathing also part of Chinese meditation.

Both the exercise are really good for them who is preparing to go to high altitude such as trekking and climbing.

The location will be optional for the clients depends on the place of theirs accommodations or hotel.